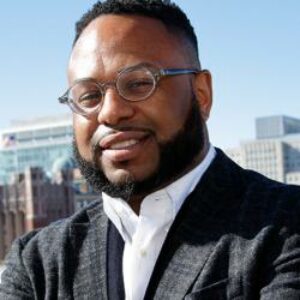 Dr. Desmond Upton Patton, Associate Dean for Innovation and Academic Affairs, founding director of the SAFE Lab and co-director of the Justice, Equity and Technology lab at Columbia School of Social Work, is a leading pioneer in the field of making AI empathetic, culturally sensitive, and less biased. Through keynote presentations and interactive workshops, Patton is helping organizations develop a better approach to diversity and inclusion that includes fairer practices that address the challenge of prejudice, rather than contribute to it. Also the Associate Director of Diversity, Equity, and Inclusion and the co-chair of the Racial Equity Task Force at The Data Science Institute and founder of the SIM|ED tech incubator at Columbia University, Patton’s research uses virtual reality to educate youth and policymakers about the ways social media can be used against them and how race plays a part.

In 2018, Professor Patton published a groundbreaking finding in the prestigious Nature journal, Digital Medicine, which uncovered grief as a pathway to aggressive communication on Twitter. The report was cited in an amici curiae brief submitted to the United States Supreme Court in Elonis v. United States, which examined the interpretation of threats on social media. Widely referenced across disciplines, Patton’s research at the intersections of social media, AI, empathy and race has been mentioned in the New York Times, Nature, Washington Post, NPR, Vice News, ABC News and other prestigious media outlets more than seventy times in the last three years.

Desmond Patton served on the Steering Committee that informed the creation of the Just Tech Fellowship.